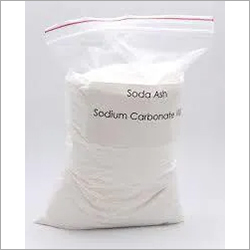 The decahydrate is formed from water solutions crystallizing in the temperature range -2.1 to +32.0 C, the heptahydrate in the narrow range 32.0 to 35.4 C and above this temperature the monohydrate forms.[13] In dry air the decahydrate and heptahydrate lose water to give the monohydrate. Other hydrates have been reported, e.g. with 2.5 units of water per sodium carbonate unit ("pentahemihydrate")